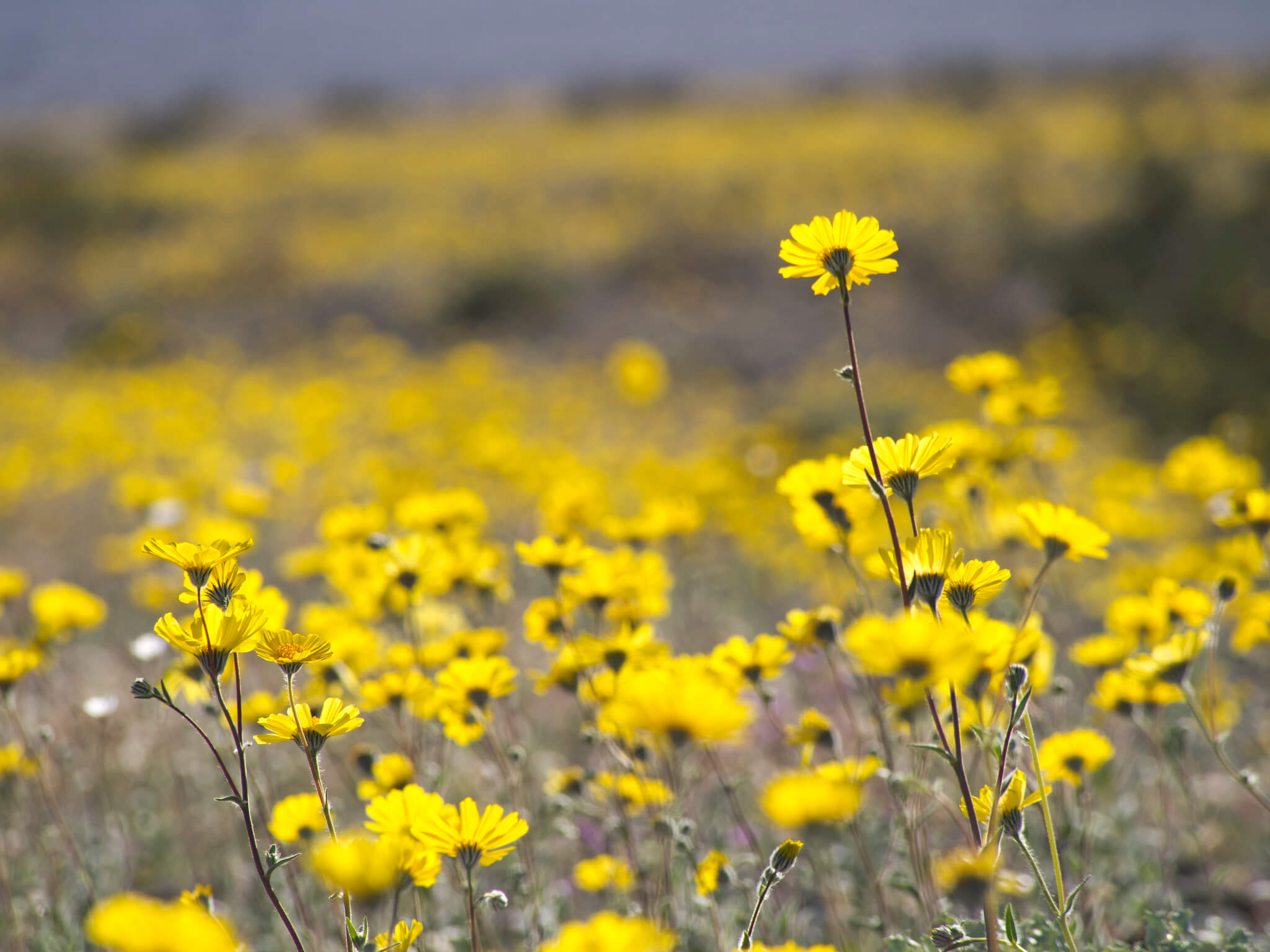 Flowers are in bloom this year in Death Valley! They might not qualify as a superbloom, but they’re worth seeing if you can get to Death Valley this Spring!

Dates are approximate. Blooms usually start at lower elevations in February and continue through the entire spring, moving upwards in elevation as time passes. Best low-elevation viewing is before mid-April.

Where to go? Death Valley National Park! The DesertUSA website has lots of photos and recent reports of where flowers are being found.

A “superbloom” in Death Valley is a rare occurrence which only happens when conditions are just perfect for millions of wildflowers to bloom. The 2016 bloom, declared the best in a decade, brought a huge swell of park visitors in to see colors overwhelm what many people view as a rather muted landscape.

By this time last year, the bulk of the superbloom boom had already fizzled. People aren’t quite sure if Death Valley will put on another such show this year, but flowers ARE in bloom in Death Valley! By mid-April we will have seen most the flowers bloom at lower elevations; after that, the show moves higher up the mountain sides.

Will there be another “superbloom” this year? Read more here.